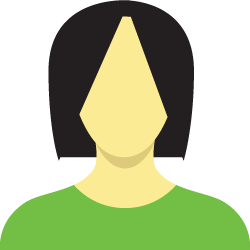 Hi there, my name is Risa. Welcome to my site about automotive exhaust components and installation techniques. Nearly any vehicle on the roadway today can benefit from an upgraded exhaust system. The exhaust pushes gases released by the engine toward the back of the car for release away from the passenger compartment. A good exhaust system improves the performance, comfort and appearance of the vehicle. Quality exhaust also improves the aural note of cars, trucks and vans. I will use this site to explore all of the different types of exhaust available today and talk about how each one is installed. Thanks.

Rust can cause an otherwise well-running car to quickly turn into a pile of junk. It will eat through the metal of both the body and the undercarriage. Cars in areas with high salt content in the air, such as near the ocean, or in areas that use salt to treat icy winter roads are at the highest risks for rust and corrosion. The following tips can help your car to avoid this fate.

Certain areas are more prone to rust. These areas include around the wheel wells and on the fenders behind the tires. This is because salt from the road is thrown up into this area, leading to a higher concentration and a higher likelihood of rust. Under the hood and around the engine compartment is another prime area for rust, since this area is rarely rinsed clean. You should also check for any nicks or scratches in the paint, since bare metal is the first area to rust. Get in the habit of doing a quick check at regular intervals, such as each time you fill up with gas. If you find rust, schedule a quick repair before it has a chance to cause major damage.

Rinsing off the salt goes a long way toward preventing rust. If you live near the ocean, it is well worth the effort to wash the car, or at least hose it off, once a week. Make sure to spray well inside the wheel wells and on the underside of the vehicle. In snowy areas, try to rinse the car thoroughly or wash it each time temperatures rise above freezing. Even a quick trip through a drive-through car wash can help prevent rust.

Nicks in the paint leave behind exposed metal. Keeping a small bottle of touch-up paint, available from the dealership or an auto parts store, on hand means you can cover up these small nicks as soon as they appear but before rust can occur. If there is already rust on the nick, wrap a fine grit sandpaper around the tip of a narrow screwdriver and use this to sand the rust out of the nick before repainting.

A rust proofing procedure from a company like ValuGard applies a wax-like oil coating that covers all exposed metal on the underside of the car, including inside of the wheel wells. This will prevent rust from occurring and it is a good investment if you live in an area where rust is a concern. Make sure the company you choose warranties their work and will cover any repairs if rust does occur during the warranty period. Also, keep in mind that rust proofing has to be done before rust begins, as it won't stop rust that has already begun to eat away at the metal.